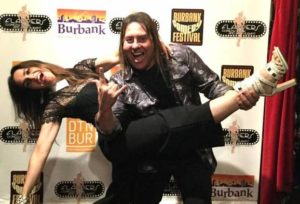 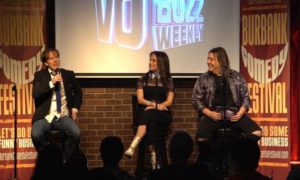 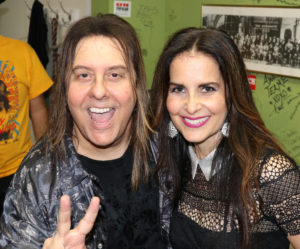 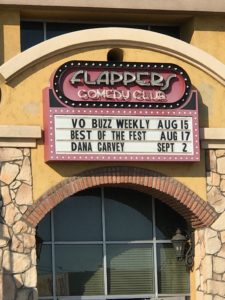 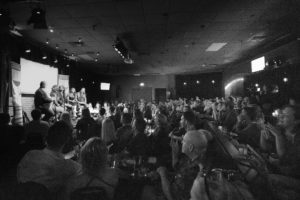 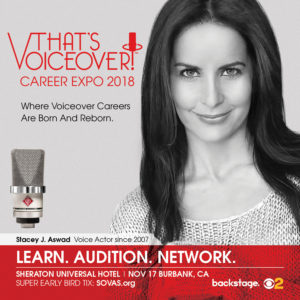 Host, Stacey J. Aswad was featured in Backstage Magazine! She returns to the 2018 That’s Voiceover Career Expo as the 3-time charismatic host of Speed Dating With Your Demo Reel™  – From That’s Voiceover producers, Joan Baker and Rudy Gaskins, “It is a unique opportunity where select voice actors (seasoned and emerging) meet with talent agents, casting directors and media producers in a series of one-on-one, 6-minute interviews. Voice actors will have the chance to share their demo reels and discuss career objectives with a variety of experts who will offer insight toward helping you to move your career forward. It’s an extraordinarily rewarding and fun experience for all involved.”

The dating begins Saturday, November 17, 2018 at the Sheraton Universal in Los Angeles, CA 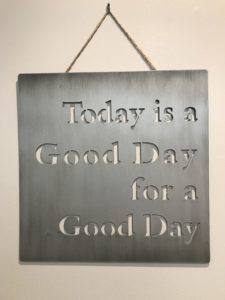 It seems like yesterday, but it was in Spring 2016 that Chuck and Stacey did a massive renovation of their Sherman Oaks, CA Studio. Click to watch the five-part Chuck and Stacey 2016 Sherman Oaks Studio Renovation – Well, the fearless dynamic duo took things to an epic new level when they began a three-month renovation/relocation in June 2018 to an incredible new space in Burbank, CA.

The new location, known as The Cottage, is home to the thriving VO Buzz Weekly and Demos That Rock enterprises. Watch the entertaining four-part MAKING OF THE COTTAGE 2018 video series that includes assembling a massive, custom-made StudioBricks recording booth sent to them all the way from Spain.

You never know what Chuck and Stacey will do next, but two things are for sure… their bar is always being raised and it’s never boring!

In July 2018, the GET OUT THERE PODCAST on Backstage.com hosted by SOVAS creators, Joan Baker and Rudy Gaskins, interviewed Chuck Duran and Stacey J. Aswad, producers and co-hosts of the award-winning web show, VO Buzz Weekly. The discussion was lively and fun as it always is when these four get together but it also was insightful and inspiring. Chuck and Stacey shared more about their backgrounds in music, producing, voice over, hosting, dance and acting respectively as well as some of their habits and behaviors for personal and professional success. Take a listen!

They also talked about the impetus for creating their newest digital platform that connects people with the industry’s top voice over coaches for private and group webinars. It is a game changer for anyone interested in training their voice and building their confidence. It’s free to join and available no matter where you live in the world. Check out, OpenCoaches